By: Kim Strom, Director of UNC-Chapel Hill Office of Ethics and Policy 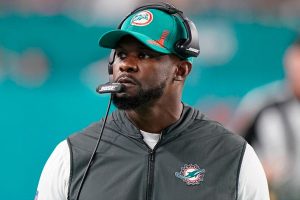 In this, the month of the Super Bowl and the annual NFL coach-swap, a policy known as the Rooney Rule has received international attention. Named after a former team owner who chaired the league’s diversity committee, the 2003 policy requires NFL teams to interview ethnic minority candidates for head coach and other senior leadership positions. The policy is perennially under fire as a box-checking exercise that fails to appreciably alter the diversity of professional football management. This year’s coverage was amplified by a lawsuit filed by former Head Coach Brian Flores alleging that he experienced bogus job interviews for coaching positions that were already allocated to white candidates.

I thought about the Rooney Rule during the Duke-Carolina game in early February. From my seats high above courtside, I estimated that approximately two-thirds of the audience, from the first row to the furthest, were not wearing masks. For well over six months, in alignment with an Executive Order (EO) from the Governor of North Carolina and Orange County Indoor Mask Mandates, UNC has required masks in all indoor spaces, with limited exceptions. Like the Rooney Rule, the masking policy has admirable and important intentions, but like the Rule, and many other policies, the masking stipulation is futile when behavior doesn’t conform to the policy.

NFL teams technically comply with the affirmative action required by the rule. Similarly, many fans (nominally) complied with the mask mandate. Some wore them around their chins. Some took them off to eat popcorn—one kernel at a time, for two hours. Some wore them coming in through the gate and past the ushers, only to tuck the masks in their pockets when they reached their seats.

I’m not a mask fanatic or even a policy enthusiast. I do believe that when organizations have policies, they should make it as easy as possible for people to follow them. Policies should be necessary, easy to find, regularly communicated, and consistently reinforced. Adherence erodes when polices are repeatedly or visibly flouted (see community no-smoking policies). A policy that is viewed as a joke is worse than no policy at all.

Like laws and regulations, policies have the most power when culture follows. Consider supermarkets or shops in the same county, all beholden to the EO on masks. A visit to one will show staff and shoppers masked where another a few miles away will have the opposite. Same rule, different culture.

The norms, attitudes, and practices in an organization or community powerfully reflect and influence its culture. Strong norms are more powerful than rules in creating conformance and can even make policies unnecessary. Clear values, tone at the top, accountability, realistic expectations of employees, and other steps can align culture with policies rather than undermine them. Every workplace has its version of Rooney Rules; well-intended and wholly ineffectual, illustrating the gap between how work is imagined and how work is done.